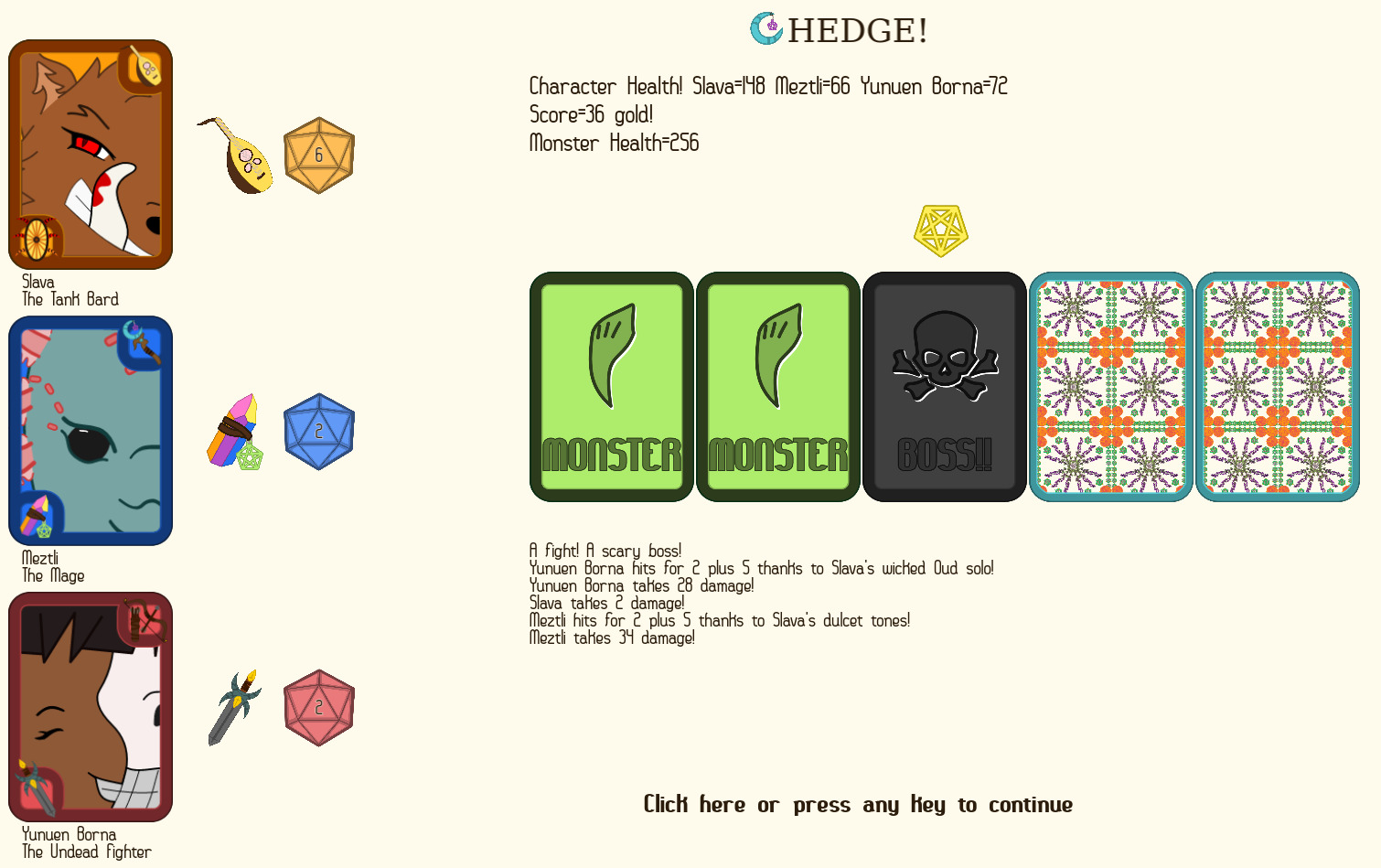 HEDGE! is a card- and dice-based dungeon crawler game where you take control of a trio of adventurers, choosing their actions as they traverse the dangers of a generated dungeon.

Play solo or play hot seat with two comrades! Hedge your choices and collect as much treasure as you can. Choose carefully, you never know what will happen next!

Ten random room encounter cards will be shown to you, and a random five of those will be your fate. They will be hidden and you won't know which or when of the original ten cards you'll face.

Each character has multiple stances, each with its different strengths and weaknesses. Pick a stance and your next encounter will be revealed! 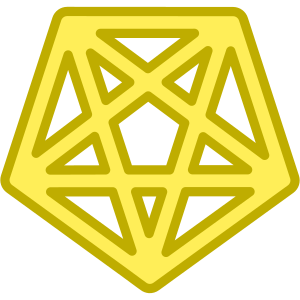 The die will roll! Will you live? Will there be treasure?!

If the encounter is not resolved, you'll pick your stances again until it is, and then it's on to the next room, if you live...

Your score is your treasure, so get as much as you can! Finish the dungeon, if you can, then play again and try to beat your last run!

We handcrafted and farm-raised the gameplay, music, code, characters, and graphics except for a few things from freesvg.org that were heavily edited to fit the style. The HEDGE! prototype was originally made in 48 hours for the 2020 Yogscast Jingle Game Jam, made to play in browser.

A rewrite is in progress, with improved mechanics and controls, better graphics, and more characters! 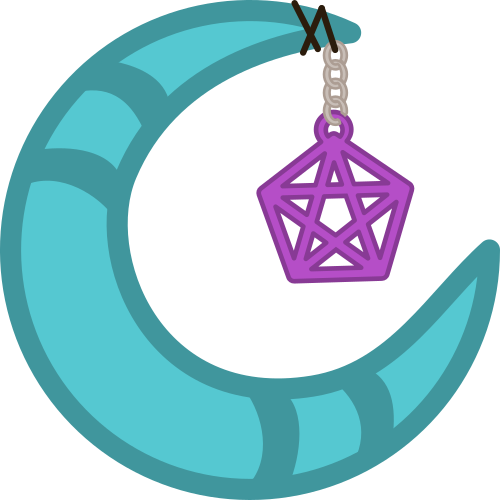